A Summer Day on Put-in-Bay

One of our favorite places to visit each summer (or fall) is Put-in-Bay on South Bass Island in Lake Erie. Last weekend we boarded a Miller Boat Line ferry in Catawba, Ohio and headed to the island for a day of fun in the sun.

The ferry ride from Catawba to the Miller Ferry docks at PIB takes about 20 minutes or so and it's a nice, relaxing ride. Last weekend was also HOT and humid and there was a little bit of haze on the lake, but standing on the lower decks of the boat was nice and cool thanks to a great breeze.

Once we docked and disembarked the ferry we rented a golf cart from Island Bike & Cart Rental. Over the years we've discovered that having a golf cart is the best way to travel around the island. There are several golf cart rentals around the island and in the summer months it's sometimes a good idea to reserve a cart since the island can get very busy on weekends.

Our first big stop for the day was Perry's International Peace Memorial and Visitor's Center. The monument was built to honor those who fought in the Battle of Lake Erie during the War of 1812. This year marks the bicentennial celebration of that battle (we even watched a historical video about the battle...yeah, I'm "that" mom!) The kids were really excited to take the short elevator ride to the top of monument - and when you're at the top you're about 317 feet high above Lake Erie.

On a clear day you can see Canada, Cleveland, and sometimes Detroit. Since it was so hazy we could only see one of the Canadian islands. But the view from the top is amazing! (Oh, and Commodore Perry? Yeah, he's a great-great-great-uncle of mine!)

Emma had her heart set on eating fried perch for lunch, so we headed over to The Boardwalk for lunch. It was our first time eating there, and we would definitely eat there again! The food from the Fish Shack was incredible as was the "world famous" lobster bisque. Yes, it was 90 degrees with 10 million percent humidity but I ate soup. And I loved every minute of it!

After lunch we planned on heading over to Perry's Cave Family Fun Center for a couple hours of fun, but as soon as we arrived Emma was stung by a wasp. So, we hopped back in the golf cart and headed to the PIB EMS station.

Finding no one "home" we quickly drove to the island's general store where we purchased baking soda. The staff there was so nice - they gave us a little coffee cup and spoon so I could make the "wasp sting home remedy paste." Once Emma stopped crying and the swelling started to go down, we headed back to Perry's Cave.

One of our favorite places at Perry's Cave is the Butterfly House. I love butterflies (and have a tattoo to prove it!). But let me tell you how HOT it is inside a greenhouse when it's 9 gazillion degrees outside. It. Was. Hot. Like sweat pouring off us in buckets HOT. But it was so worth it!

After the Butterfly House the kids and Kevin wanted to cool off so they decided to head underground to visit Perry's Cave. (I chose to stay above ground so I didn't aggravate my never-ending ankle injury - there's a lot of steps to get into the cave!). The cave itself is a natural limestone cave and is registered as an Ohio Natural Landmark. It's a really cool sight to see if you aren't claustrophobic. And, it's "cool" as far as temperature too...so a great thing to do on a hot summer day!

After their trek underground, the kids decided it was time to play 18 holes of mini golf. (Did I mention it was hot that day?) I've never seen two kids play a faster game of mini golf - they practically RAN to every hole. It helped that they're good golfers and were able to two-or-three-putt every hole.

Another thing we like to do on the island is just drive around in the golf cart for a bit. During the summer months, the main street of the island is always full of people - so it's a good place to people watch. (And yes, there are bars on the island and bars can = adults behaving badly, but we have never seen any questionable behavior during the day!).

During our drive around "downtown" PIB, I discovered that my blog has its very own bar. The Fishbowl. And yes, we did stop traffic so that I could get this photo. But don't worry...we were in a golf cart traffic jam at the time anyway, so I'm not sure anyone really noticed the crazy blogger hanging off the golf cart to take this photo!

By mid-afternoon of our day on PIB, the kids were getting hot and tired and so we decided it was time for ice cream. We found a great little spot in the old Diary Queen location, right near the boat docks. That soft serve ice cream was divine - a perfect way to end our day on the island!

Our day on Put-in-Bay was one of our best family days so far this summer. The kids had a great time (despite the wasp sting!) and it wasn't overly crowded, which is always nice. Next year we're thinking of heading over for a whole weekend - sort of a mini-vacation! There's a great hotel right on the water...and the kids loved the idea!

And here's my favorite photo from the day - my girls, enjoying the ride home on the Miller Ferry. 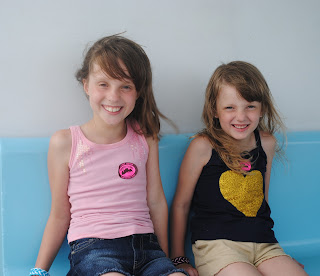 Disclaimer: I was provided four round-trip tickets on the Miller Ferry by Miller Boat Lines, in addition to a one-day golf cart rental from Island Bike & Cart Rental. We were also provided with Super Combo Tickets to Perry's Cave Family Fun Center. No other compensation was provided. All opinions are my own.

The View from My Fishbowl

Promote Your Page Too 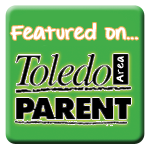 The Cloud of Labels 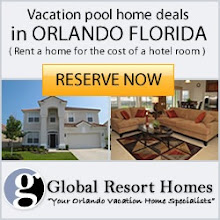 The Olivia and Emma Show 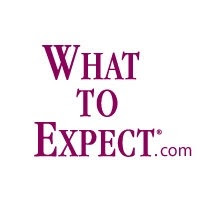 Have a pixie dusted kind of day! 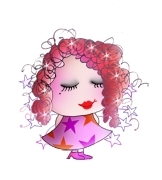 This blog is a personal blog written and edited by me. For questions about this blog, please contact tcurth2002@msn.com.

The owner of this blog may be compensated to provide opinion on products, services, websites and various other topics. Even though the owner of this blog may receive compensation for our posts or advertisements, I always give my honest opinions, findings, beliefs, or experiences on those topics or products. The views and opinions expressed on this blog are purely the blogger’s own. Any product claim, statistic, quote or other representation about a product or service should be verified with the manufacturer, provider or party in question.